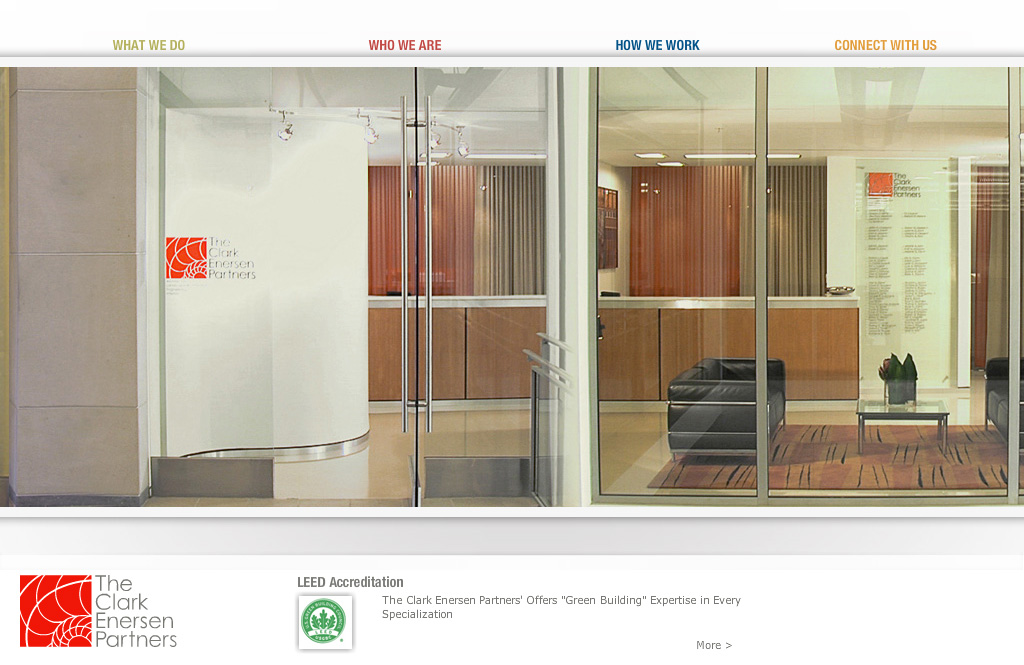 Clark Enersen wanted a website that would separate them from stodgy, conservative looking architectural websites. They needed a site that spoke to the Core Beliefs of their holistic architectural firm. I created an experiential concept using photography, video and sound. I drove the concept and design, and once approved, I got to challenge myself with the most complicated project of my life. Our creative team partnered up with Three Pillars Media to shoot the photography and Reliant Studios to shoot interviews.

I worked with our creative team to handle the development process. The front-end is Flash connected to a CMS on the back-end, so much of the content was editable. The site launched in 2009 and was live until early 2016. 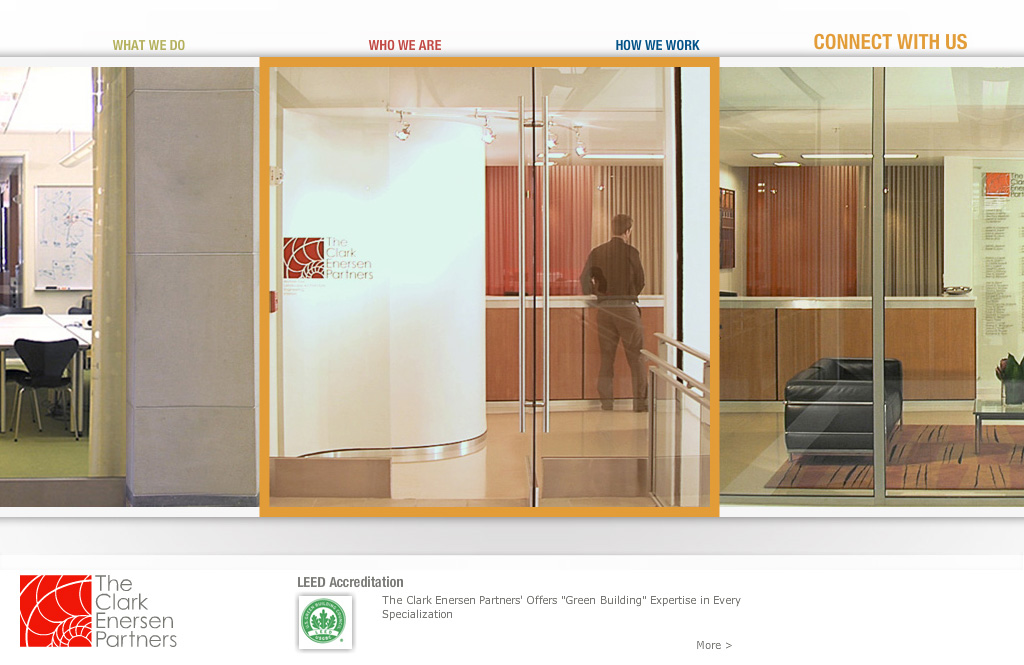 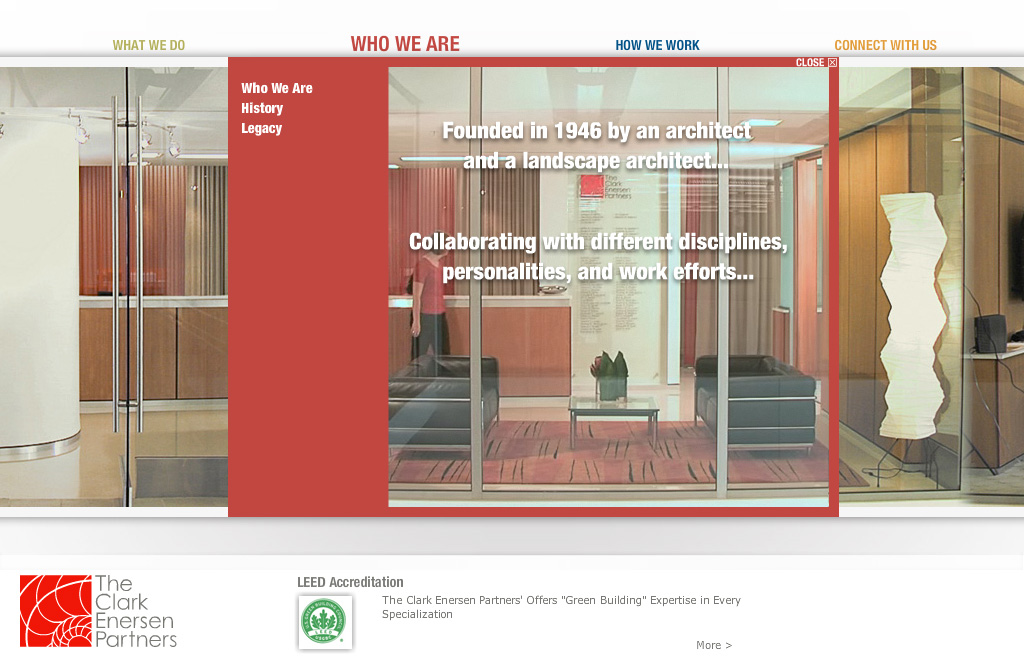 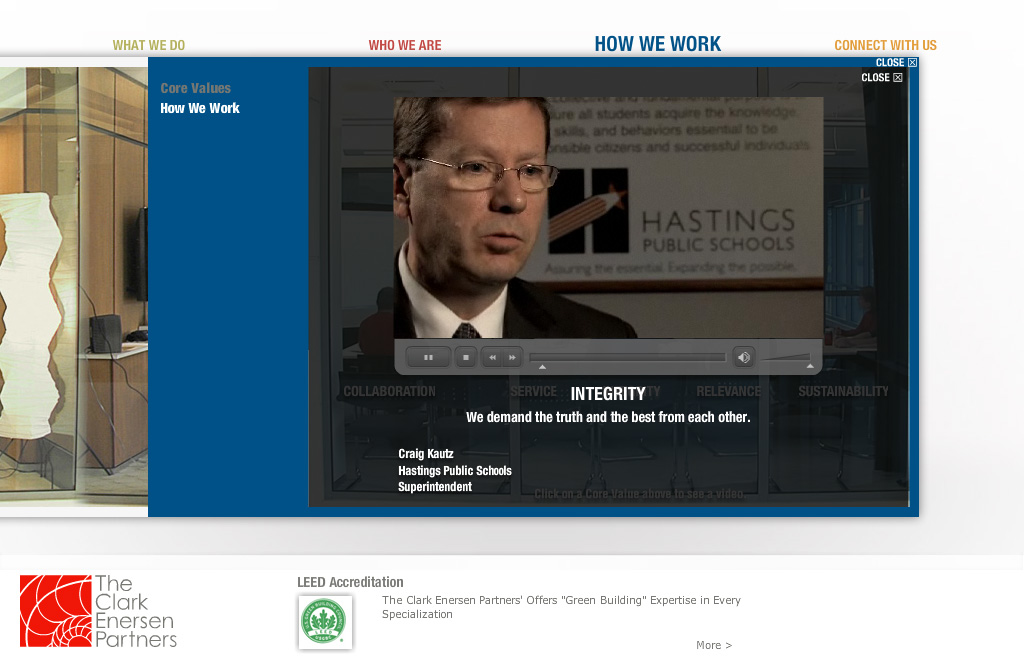 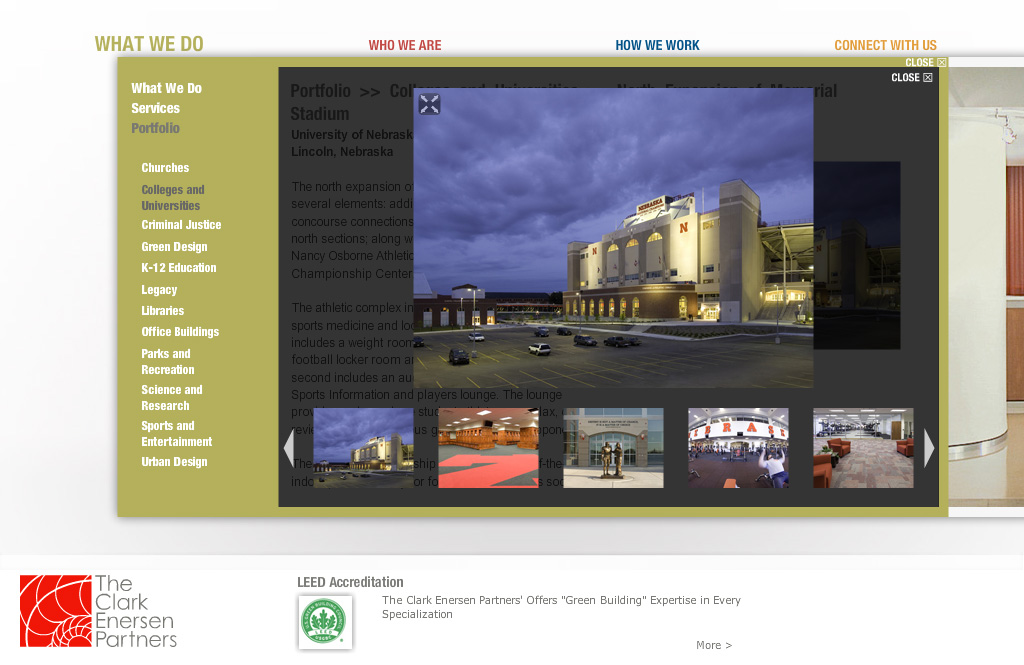